You are here: Home / Health & Fitness / Do You Know The Difference Between Alcohol Poisoning And a Hangover? 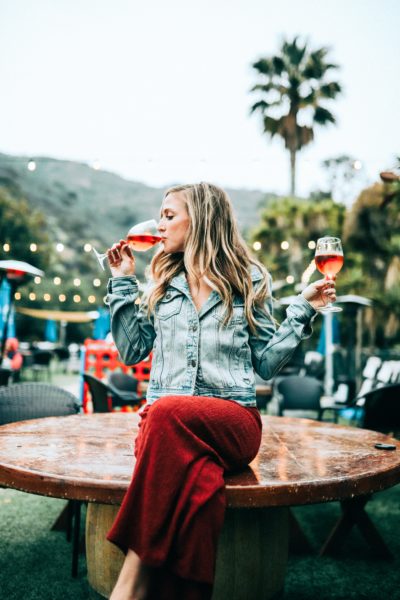 After a blazing night with your mom friends, you might wake up feeling pretty awful. The only thing that keeps you smiling is probably memories of the previous nights, but truth be told, you are feeling awful. There is a thin line between alcohol poisoning and hangover despite the fact that they have a common denominator of alcohol. As the name suggests one is actually poisonous. An alcohol hangover is just an aftermath of drinking as your system is trying to clear up and regain control.

Hangover actually happens the next day after taking the alcohol or rather after now the alcohol content is lowering in your body. It is not poisonous but trust me it is one of the most uncomfortable things that you can experience. On the other hand, alcohol poisoning does not wait as it can actually happen as you are drinking. This is actually life threatening and very lethal. Medical attention should be sought at this point.

With all the festivities all year long it will be tempting for some people to take a few more bottles and when they break the limit of five drinks for men and four for women then poisoning is bound to occur. The more you consume the more the risk. It is characterized by vomiting, unconsciousness, getting into a coma, difficulty in breathing, dehydration, low blood pressure, and increased heart rate. What you need to do is make sure that with such signs one should not lie on their back to avoid them choking on their vomit. What should follow is an emergency call for help as they might be in danger.

It is advised that people eat well before drinking and also take water between those drinks. Most people with alcohol poisoning are a result of addiction where they want more and more and it is only good that they consider the option of enrolling to a rehab center. Ambrosia Treatment Center has proven its worth by registering one of the highest success stories and with the best facilities at a national level. Such things should not be left to chance and it is rather to deal with it at an early stage before it drags you down.

Hangovers as a result of the alcohol taken before and it is characterized by sign such as an intense headache, sensitivity to light, diarrhea, muscle ache, tiredness, and vomiting. For many people, these signs start showing after a couple of hours as they regain consciousness but for some, they will start almost immediately after leaving their drinks. Nausea is what they experience at first and dizziness which is then followed by vomiting.

Both of these conditions are brought about by intake of alcohol mostly in large proportions. The higher the level of alcohol you take the severe they might be and the more chances of getting alcohol poisoning. It is advisable that if at all you have to take alcohol take it in diluted form as it might ease the effects.